Peter Ludgin, a4 Advertising’s Senior Account Executive of Advocacy and Public Affairs, spent 20-plus years working on Capitol Hill, at a boutique grassroots firm and as a lobbyist and coalition builder at a trade association. But about eight years ago, he had an epiphany: “Every sophisticated and winning legislative, regulatory and electoral campaign included a digital component,” he says.

While many of his lobbying colleagues marginalized the importance of digital, extolling the virtues of shoe leather, back-slapping and glad-handing, Ludgin (pictured below) wanted to know from within everything about how those components worked and how to harness the power of digital. 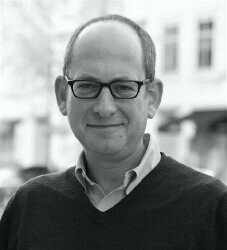 So here he is now, heading up the a4 Advertising division that allows trade associations, lobbying firms, corporations, coalitions, grassroots groups and anyone else with a message they want to put in front of elected officials, voters and the public at large to do just that — through the power of multichannel advertising. And all those shoe-leather advocates have come to realize that Ludgin was onto something. “Folks are now going in eyes wide open and understanding that digital is a very effective tactic that does not need to break the bank,” he explains.

The way these groups convey their messages to lawmakers used to be simple, relying on meetings with members of Congress and their staffs, fundraisers, retreats and other face-to-face encounters. Lobbyists would spend their days wandering the halls of the U.S. Capitol and legislative office buildings, popping into offices. Groups would fly Joe or Jane Public to Washington, D.C., to meet with their elected officials in order to put forward constituents and a more personal face on their messaging.

But first with COVID-19 and then the Capitol insurrection on January 6, this kind of unfettered physical access simply doesn’t exist anymore, and likely won’t for a long time, Ludgin says. The solution, he adds, is to use a multipronged, digital-heavy approach to reach not just this specific demographic, but influencers, constituents and others who will voice their opinion to elected officials, regulators and others.

“We can get the right message in front of the right person on the right screen at the right time of day,” Ludgin asserts. That goes for national, state and local campaigns.

So, how does a4 Advertising actually accomplish all that?

The answer is “data.” Lots of it. a4 Advertising has access to the wealth of data that comes from being owned by a massive MVPD like Altice, and relationships with other MVPDs.

Ludgin and his team have data that can target all 535 members of Congress, plus the 13,000 people who serve as staff, so that targeting this crowd at home or in the office is as simple as knocking on their door used to be. Executive branch staff are also on the table. Using lookback data, a4 Advertising can identify devices that went in and out of various government agency buildings on weekdays (before COVID sent everyone home), which indicates those devices are likely owned by employees of that agency (though Ludgin is starting to see federal employees return to their offices). They have the ability to target the press. When it comes to targeting frequent voters, who are most apt to get involved in public policy, Ludgin gives the example of being able to hone in on people who also have a truck and a dog, wear glasses, eat Kashi cereal for breakfast, and enjoy biking.

“Of course, the more granular you get, the smaller your reach, so there’s a trade-off,” he notes. Balancing the ability to be that granular with the desires of clients to get their messaging to as many stakeholders as possible is the key to a successful campaign.

For more local issues, or even just trying to reach people in a specific location, Ludgin praises the efficacy of geofencing, which delivers ads to devices within a set geographic area. That makes it possible to target devices present at conferences, political rallies, corporate shareholder meetings, or grassroots organizing events for both proponents andopponents.

Data is half the battle. Distribution is the other half. “Digital helps the ‘surround sound’ of a campaign, giving the appearance that the issue — and the proponents or the opponents — are everywhere,” Ludgin explains. “It can be on a TV, on a smartphone, a tablet. It can be geofenced into buildings or rallies. It can — and oftentimes should — be multiple tactics.”

This multipronged approach is particularly effective with Millennials, who are a key demographic as both a voting bloc and a huge proportion of elected officials’ staffs. “They never put their smartphones down,” Ludgin says. “And because so many of them are cord-cutters or cord-nevers, traditional TV may not be the way to reach them.” Connected TV advertising has proven to be astonishingly effective at reaching this demographic with ads that are indistinguishable from linear TV commercials, at a price point that even smaller grassroots organizations can handle.

Paraphrased from an article originally published on Media Village on 7/7/2021.

Fill out the form to get in touch with a local Account Executive asap!